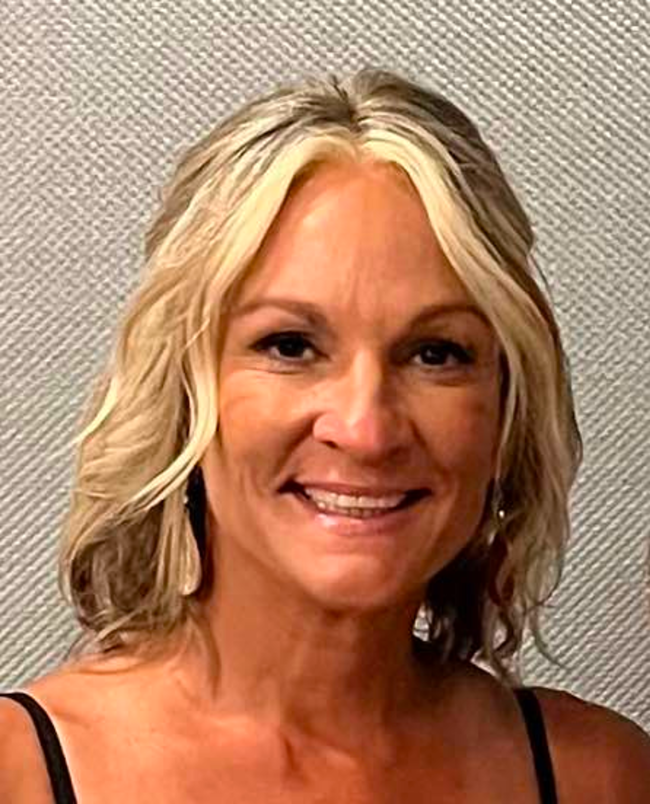 Well, Ameritime Sports, Resource One® and all associated companies within Ameritime’s Integrated Financial Network® are pleased to provide that information to our readers with a series of verbal portraits featuring some of the most iconic local sports names in the area. Our second installment kicks off with accomplished soccer star Jenny Dasher. A life that revolved around the beautiful game shifted to teaching and took her down an intriguing path.

Jennifer Dasher, 48, was an accomplished member of Quincy University’s women’s soccer team from 1991-1995.

The youngest of five, Dasher was born and raised in South Saint Louis County. Growing up, Dasher used soccer as a means to connect with her siblings.

“If I wanted to be able to hang in there with my brothers and my sister, I had to be able to play [soccer],” said Dasher. “The Hacketts played soccer, my dad coached every team, that’s just what the Hackett family—my maiden name is Hackett—did.”

Fostering compassion for the game, Dasher went on to play for several club teams before joining the J.B. Marine S.C., a women’s soccer club based in the St. Louis area. While playing for J.B. Marine, Dasher and her team “won the national championship and got to meet President Bush” in 1991.

“A team is only as good as the bench is,” Dasher said. “I was fortunate to always be a starter, to be a captain, to be on the field, but I learned to appreciate the eight ladies on the bench who maybe didn’t get as much playing time as me. There was something about them and what they brought to the table that was just as important to the team; they were still a part of our team that won the championship, and they still got to go to the White House to meet President Bush.”

With a newfound appreciation for her teammates and their individual contributions, Dasher would have the unique opportunity to play soccer alongside her older sister while attending Notre Dame High School in Lemay.

“She was a senior and I was a freshman,” Dasher said. “We were totally different players: she was confident and composed, and I was more of a scrappy, crazy player. She would stand up for me, but there was always the unspoken secret that I stole her position – there was always a little bit of joking about that.”

After graduating high school, Dasher followed her sister with a full ride to Quincy University, “a small, Division 2, Catholic Franciscan college in Illinois” where they would once again find themselves playing side-by-side.

Dasher was voted the team’s best midfielder and best newcomer during her freshman year at Quincy, where she also made the second-team All-South Region. However, after scoring nine goals in nine games, her sophomore season would be cut short due to injury.

“The fall of my sophomore year I blew out my knee,” Dasher said. “[The recovery] was a six-month knee reconstruction, doing some surgery and hopping back on the field. I was back for the spring season but was never the same player again.”

Dasher was named a Team Co-Captain when she returned as a Junior in 1993, and she was not only awarded the team’s Most Valuable Player, but also led Quincy to its first NCAA National Tournament appearance during her Senior year. Dasher would end her college career with a 44-16-13 record, 55 career starts, 36 goals and nine assists, earning herself a spot in Quincy’s 2021 Sports Hall of Fame class.

Dasher began teaching at Hancock High School in Lemay. While at Hancock High School, “I created this whole little program for the students who were at risk for dropping out, it was awesome,” Dasher said. “I learned a ton; I realized that I really didn’t know a thing. I worked with 15-20 kids, and I really focused on relationship building and making the kids feel loved, connecting with their parents and families—that was my thing. It wasn’t really so much about standing in front of a group of kids and teaching them math, it was more about giving them a reason to want to be there.”

“I [became] the assistant varsity coach and the head JV coach at Notre Dame, but I didn’t really think I was that good of a coach, to be honest with you,” Dasher said. “[I remember] Notre Dame’s head coach, Thom Champion, once said to me, ‘Hack, just because you’re a good player, doesn’t mean you’re going to be a good coach.’ I wasn’t bad, but what [my coach] said ended up being true.”

Dasher then moved to the Parkway school district as an administrative intern, spending time at their alternative school working with at-risk students, an experience that she described as “very fulfilling.”

Dasher moved back to Hancock as a middle school assistant principal, and then to the elementary school and was head principal there. After that, Dasher became the head principal at Beasley Elementary in Melville.

“I thought I’d be in education forever, I thought I’d be buried in a principal suit,” Dasher said. “I thought, at that time, after 12 years, that I’d be moving on to be a superintendent. I was in the running for a couple of jobs, [but] I had two young kids, and I was never home. Finally, I thought, ‘I work too damn much.’”

As a client of Ameritime, Dasher learned how to better handle her money as an educator. When offered a position within the organization, Dasher accepted, seeing it as an opportunity to not only “have some freedom of family time,” but also to continue helping people as she always had: as part of a team.

“As an athlete, I learned about teamwork and the understanding that everyone has a different perspective,” Dasher said. “I’m helping clients, I’m part of the leadership team and I’m helping other employees with their needs; it’s just the ability to listen making those people feel like they’re being heard, developing relationships, and trying to problem solve on the spot.”

Dasher attacks clients’ issues with the same tenacity that she held on the soccer field, helping clients simplify their financial complications using a three-step process known as The Control Option Mindset. Jenny and her team help clients DISCOVER their complete Financial Picture, STRATEGIZE to develop a plan that allows the client to save and earn a return on their cash flow before spending, and MEASURE & MONITOR to readjust the plan as needed and allow the client to gain greater control of their cash flow and wealth.

“[I’m] a Control Option Strategist, and I help people understand that, contrary to what they might think, there are some things they can do to help them control more of their money,” Dasher said. “Whether it’s because they feel like they don’t have enough money [or] whether they don’t understand what they’re doing, [my team] can provide a balance for the work that they’re doing.”

“For 12 years, my life was run by the school calendar,” Dasher said. “Now, priorities, family is first. If my girls need me for anything, any free day that I need to take off, I do it, whether it’s a graduation, a dress fitting, or something; I love my job.” I feel like I’m always working and never working if that makes sense.

Coming full-circle, Dasher has found herself “pretty much right back where [she] started,” living in South Saint Louis Country with her two daughters and three dogs.

“Over the past 15-20 years I have found my purpose, which is simply to help people get through tough times,” Dasher said. “[With that said], I really just want to be known as a great mom and somebody who teaches their girls to be strong and to be able to support themselves. The last thing that I thought that I’d be doing when I graduated college would be teaching people about their money; life can change, people change, you accept it and do whatever you need to do to make it happen.”

To learn more about Jenny’s amazing journey and what she can do to help you or your loved ones in her area of expertise, contact her at Ameritime.net.

Or feel free to peruse any of the other helpful sites regarding the services we provide at: