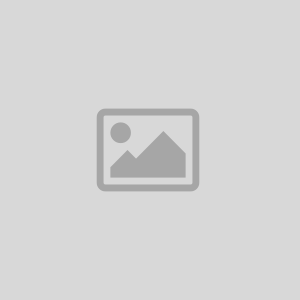 Social Security is intended to provide a greater level of income
replacement for lower wage earners rather than higher wage
earners. The formula, described below, could not differentiate
between those who worked in low-paying jobs their entire career
and those who “appeared” to have received low pay because they

worked for many years in jobs where they did NOT pay into
Social Security. Congress has, rightly or wrongly, believed that
the non-Social Security pension (like PSRS in Missouri) would be
an adequate retirement even if the earned Social Security benefit
was cut.

Social Security benefits are calculated based upon one’s 35 years
of highest earnings. Those 35 years (which are indexed for
inflation) are added up (one gets ZEROES if not having 35 years).
Then those total indexed earnings are divided by 420 (which is 35
years times 12 months) resulting in one’s Averaged Indexed
Monthly Earnings (AIME). Then a 3 tiered formula — which
is heavily weighted to lower wage earners — is applied to the
AIME to get one’s PRIMARY INSURANCE AMOUNT (PIA)
— which one receives at his/her Full Retirement Age.
Again that 3-tiered formula is heavily weighted to give
lower wage earners a greater percentage of their earned
income . In general, a “lower” wage earner receives
anywhere from 40%-50% of their total final averaged
salaries. While a “higher” wage earner only receives
about 25% to 40% of their final averaged salaries.

The Formula for Determining how much a
benefit is WEPPED

First, dispelling of a myth: if an educator does qualify for a
Social Security benefit and a PSRS pension, that

For example, in the year 2000, one would have to have
earned and paid Social Security taxes on $14,175 for
that year to count as “substantial.”

1) There is always a maximum that your benefit can be WEPPED.
That amount is always
based on the year you turned 62. For example, if you turn 62 in
2017, the most you could
be WEPPED with fewer than 20 years of substantial earnings is
$442.50.

2) The law protects you if you get a low pension (PSRS). Social
Security will not reduce your
Social Security benefit more than half of your PSRS pension.

3) If you have 30 or more years of “substantial” earnings, The
WEP goes away and you receive your full, unreduced Social
Security benefit.

4) The WEP is only applied when you start your PSRS pension.

The Future of WEP

Due to the unpopularity of this provision, bills have been
submitted to Congress over the years to get rid of the WEP. Most
recently H.R. 1205 (The Social Security Fairness Act) proposes to
get rid of both the WEP and GPO. The bill has more than 180 co-
sponsors, but little progress is being made. I doubt that the WEP
will go away anytime soon.

As you can see, the WEP is very complicated. Remember again,
that the WEP only applies to one’s OWN Social Security benefit. If
an educator tries to apply for a SPOUSAL BENEFIT or
WIDOW(er) BENEFIT off their spouse, another reduction rule
is applicable…..know as the GOVERNMENT PENSION
OFFSET (GPO). That will be explained at another time.

***This article is intended for information and educational
purposes only. It presents the opinions and interpretations of
Rich Grawer. No decision should be made on any financial
consideration without first consulting with a qualified financial
planner or advisor.